tvN’s “Link” has revealed another behind-the-scenes look at the drama!

The tvn drama tells the story of Eun Gye Hoon (Yeo Jin Goo), an executive chef, and Noh Da Hyun (Moon Ga Young), an employee at his restaurant who has been unlucky in both love and life. The two are connected by a special “link” that delivers all of Noh Da Hyun’s emotions directly to Eun Gye Hoon. This means that he goes through all her ups and downs through joy, sorrow, and pain.

The making-of video is filled with cute moments between the lead actors, such as when Moon Ga Young practices tending to a wound on Yeo Jin Goo’s face. Lee Seok Hyung takes his role as the couple’s cupid very seriously as he tells the camera how his character just wants the pair to enjoy their time together. 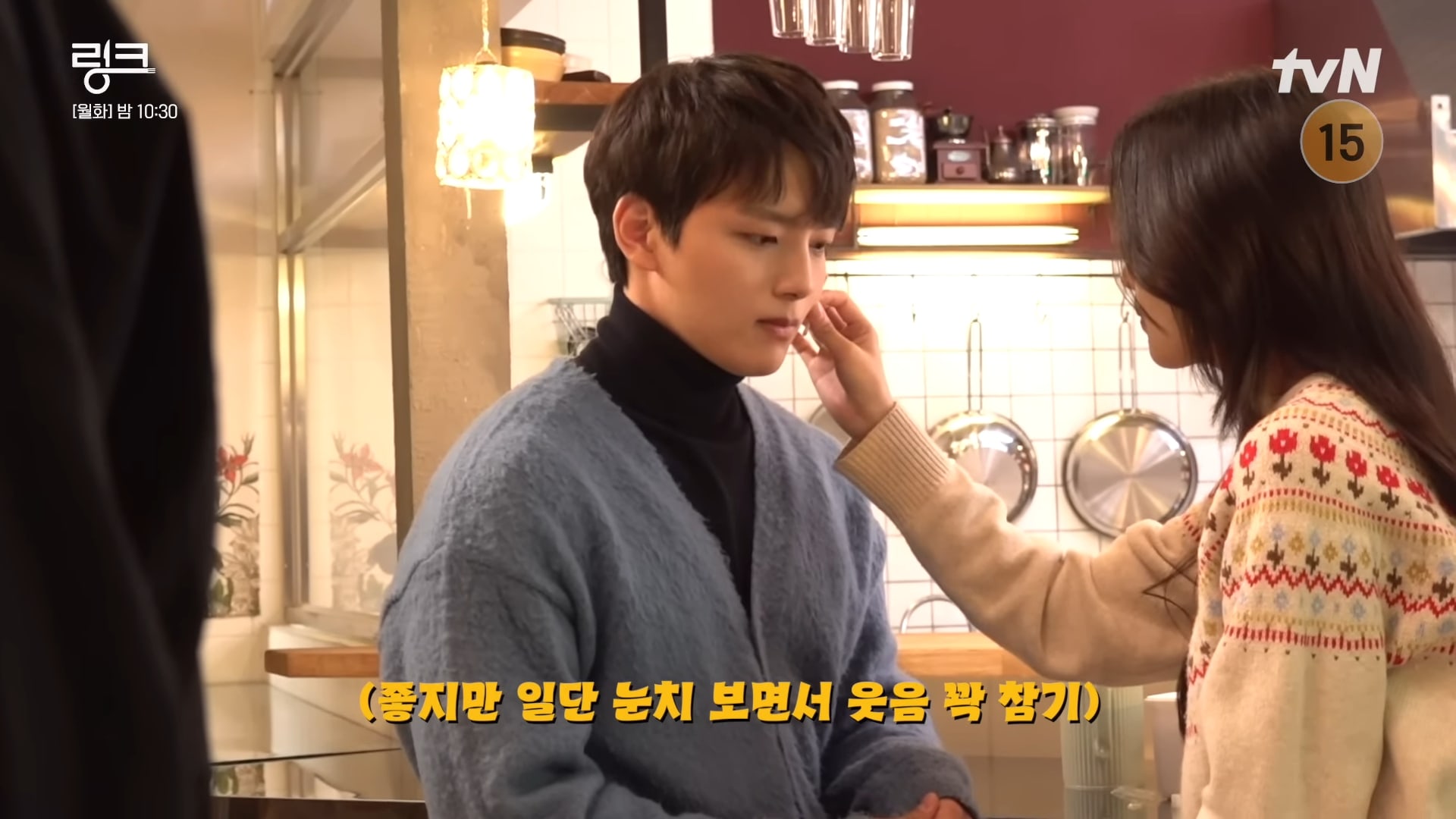 The atmosphere grows heavy when Moon Ga Young begins to shed tears while filming the scene in which Yeo Jin Goo rejects her confession. Yeo Jin Goo leans on the counter and lets out a sigh, mouthing the words, “It’s hot,” as he recovers from the gravity of the scene.

However, a certain liveliness takes over the set when the pair get ready to film a kiss scene, with Moon Ga Young joking about how the director stayed up all night researching videos. Yeo Jin Goo and Moon Ga Young then discuss when she should drop her coat, but the director soon comes to the rescue and immediately tells both actors exactly what to do.

During one attempt at the scene, Yeo Jin Goo and Moon Ga Young pull off the kiss scene perfectly, but after pulling away, Yeon Jin Goo’s eyes dart around her face, stalling time as he is unsure of what to do next. When the director finally says “Cut,” the pair start laughing sheepishly. After checking their performance on the monitoring screen, they film the scene again with even more detail, but still can’t help breaking into laughter afterwards. 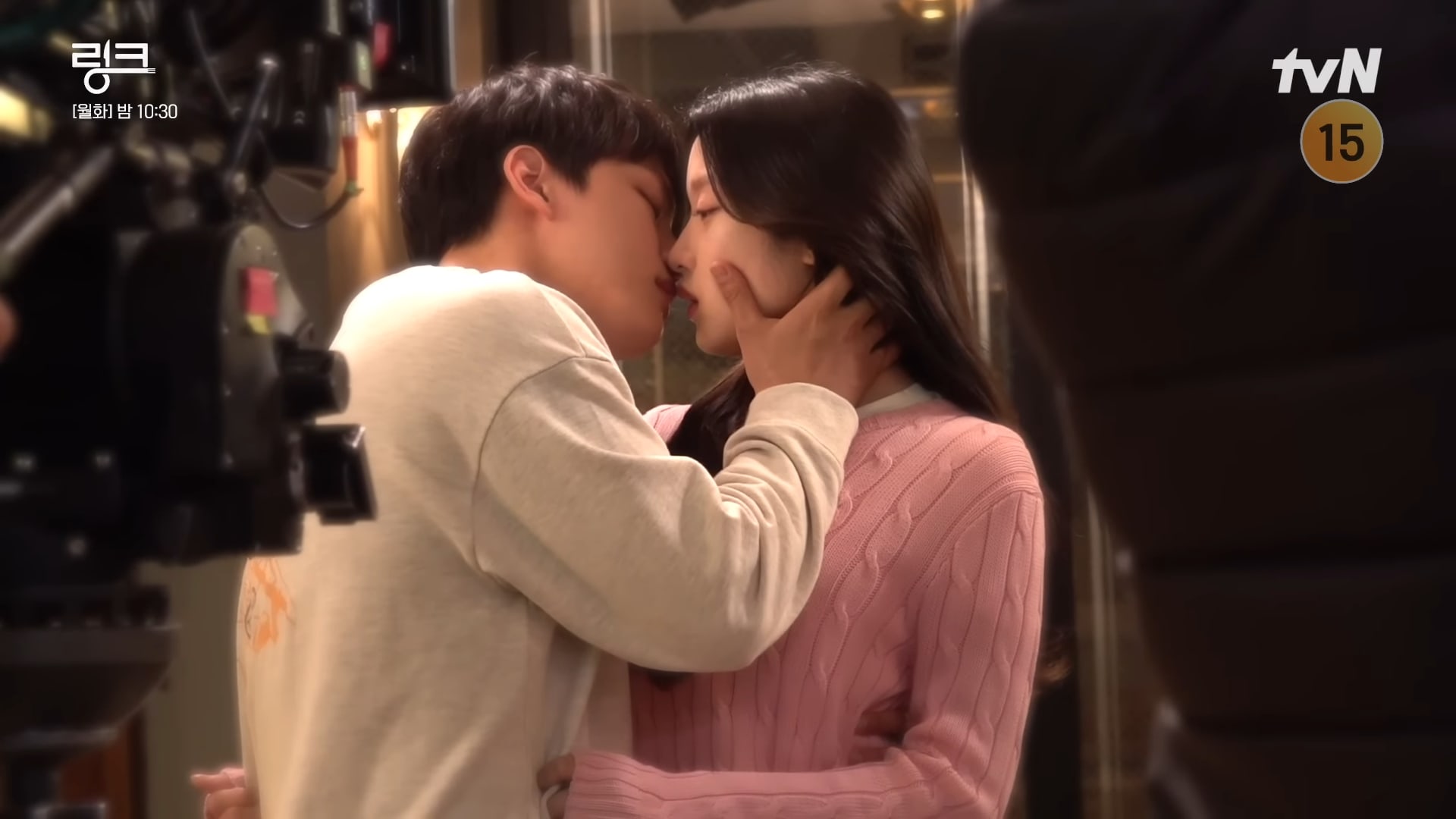 In another clip, Moon Ga Young enjoys herself as she practices startling Yeo Jin Goo by jumping out in front of him. As they stand around waiting, Yeo Jin Goo lifts his hands to shield Moon Ga Young’s eyes from the sun, saying, “Your eyes will go bad.” In return, Moon Ga Young brings her hand to the back of his head as she responds, “Isn’t it hot?” Yeo Jin Goo jokes, “My hair is burning!”

To wrap up, Yeo Jin Goo thanks viewers for “clicking” the behind-the-scenes video, but Moon Ga Young is disappointed in his delivery. She groans as she says teasingly, “That was so cliché! Say it more casually!”

Check out the full making-of video below!

Check out Moon Ga Young in “Find Me in Your Memory” below: