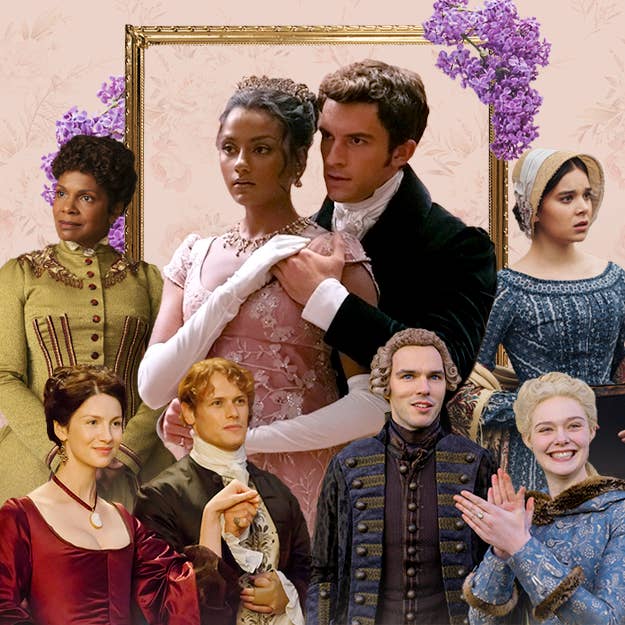 Esteemed members of the Ton,

My general rule of thumb for TV is that if there is a corset, as all ladies should wear, I am in. If there is a longing glance between two people in a dance hall, I shall double down and never stop watching. I do, however, realize that my criteria is not for everyone.

Thus, I, like millions of others, devoured Bridgerton in days. But, my dear reader, perhaps you’ve blown off period pieces for being slow and dull, banishing them forever like a lady forced to move away and marry a man she does not love — or, you know, until the conclusion when the rightful couple is reunited.

So while we wait for Bridgerton’s next social season, this author would like to hold you over with these equally gossip-filled and scandalous suggestions. 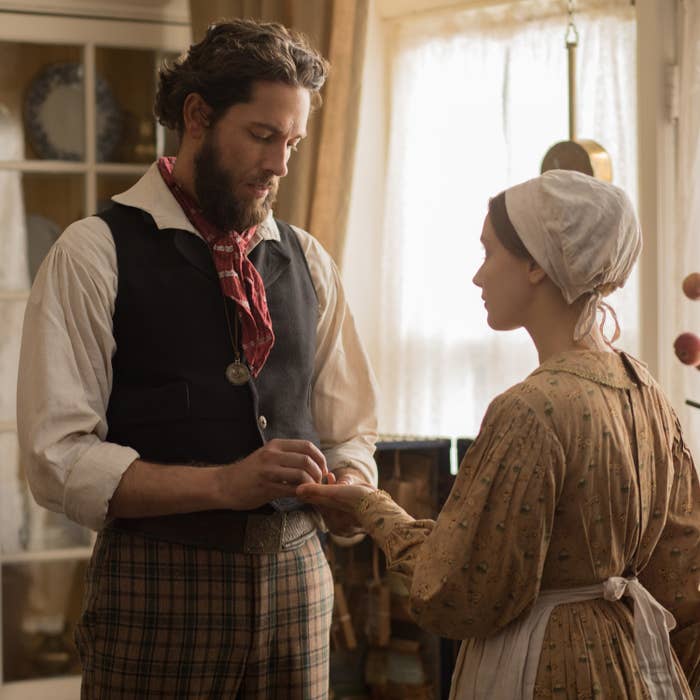 If you like: longing glances and the mystery of Lady Whistledown’s identity

I simply don’t understand why Alias Grace never received the level of hype that The Handmaid’s Tale did (both based on novels by Margret Atwood). Alias Grace tells a fictionalized version of an actual 19th century murder. Grace Marks (Sarah Gadon) is a poor Irish immigrant working as a house servant in Canada who becomes accused and convicted of murdering her employer and his housekeeper (Anna Paquin). The series is told in two timelines: 1.) the events leading up to the murder, and 2.) 15 years later with Grace in prison. In prison, a Doctor “of the mind” begins having sessions with Grace to learn more about psychology and becomes increasingly interested in the truth behind the murders. Think: Gone Girl with bonnets. Bonus: Shazam himself, Zachary Levi, playing a mysterious peddler! 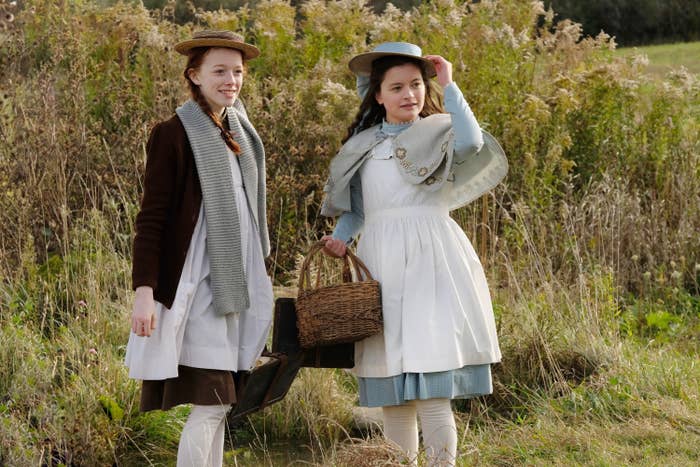 If you like: Penelope and Eloise’s friendship and the innocence of a first love

Anne with An E is a reimagining of the 1908 novel Anne of Green Gables. In the 1890s, adult siblings Marilla and Matthew Cuthbert, decide to get a boy orphan to help work their farm. When Anne (Amybeth McNulty) shows up, Matthew wants to keep her. Marilla does not. Anne’s imagination and curiosity make them fall in love with her, and she gets to stay in the picture-perfect Green Gables. And while all of that follows the novel’s storyline, the show goes much deeper and darker into Anne’s life, not shying away from her abusive upbringing in and out of orphanages and strange homes. Anne With An E takes big swings tackling bullying, psychological trauma, racism, religion, and social issues, all while telling Anne’s complex coming-of-age story, including her first love, a boy very special to so many of us, Gilbert (Lucas Jade Zumann). 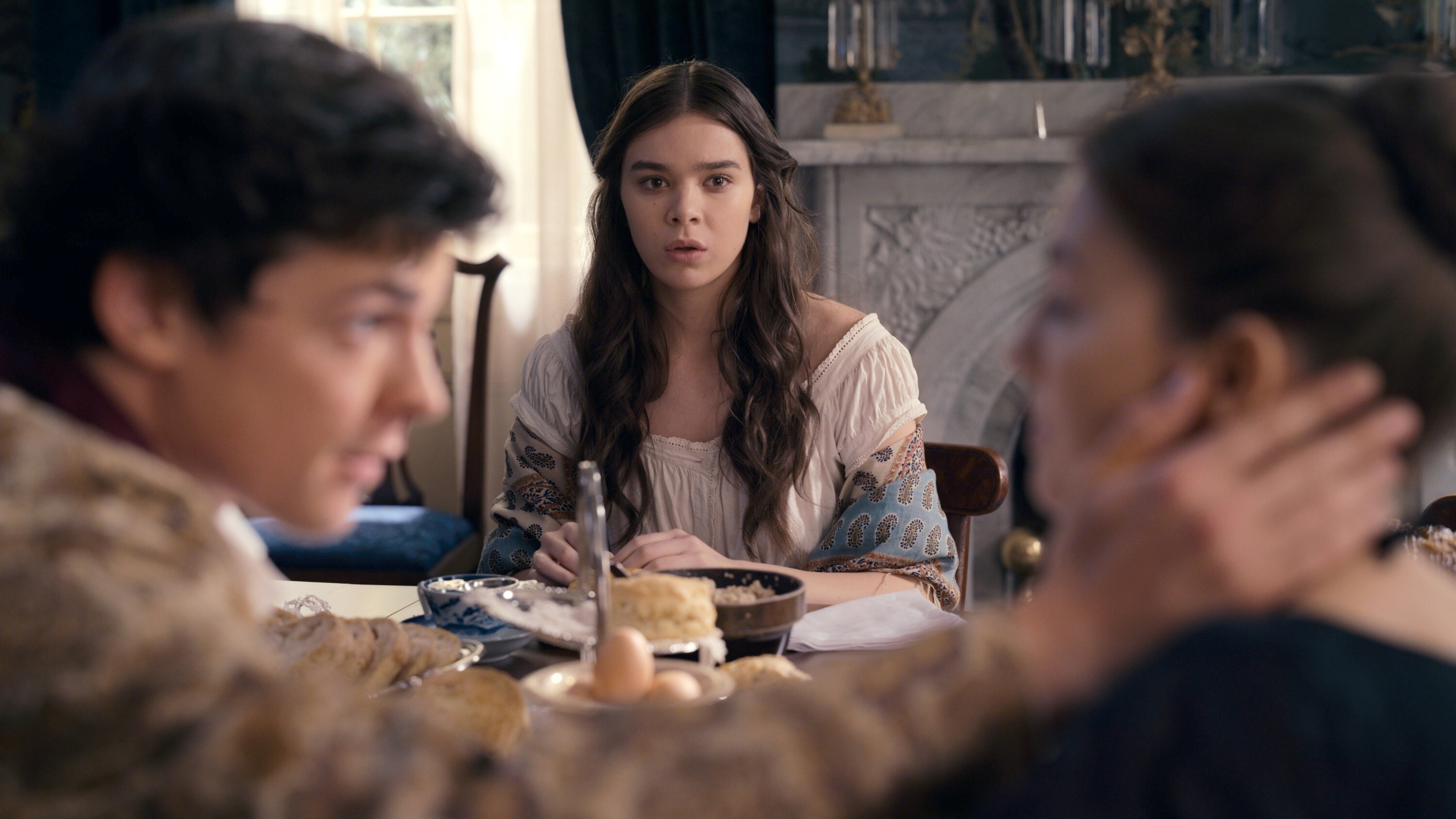 If you like: a passion so strong you will burn for it, modern songs weaved perfectly in time, love and poetry

There is a thematic throughline in the best period shows: Everything we think we know about the great women of history is false. Marie Antoinette never said, “let them eat cake,” Catherine the Great never had a dalliance with a horse, and Emily Dickinson? She perhaps was not a virginal recluse. As legend has it, Emily Dickinson never loved a man, and there is no beating around the bush in Dickinson. Emily (Hailee Steinfeld) loves Sue (Ella Hunt) and Sue, while married to Emily’s brother Austin (Adrian Blake Enscoe), loves Emily. Dickinson, while anachronistic, is telling Emily’s true story. Yes, the characters may use modern colloquialisms like “canceled” or “bad energy,” but that only highlights the similarities of our two worlds. Emily is living in a divided America, unable to live outside the patriarchy, love who she wants, and have control over her own body or property. Sound familiar? (Oh and it must absolutely be mentioned that Wiz Khalifa plays Death personified. Let its weirdness wash over you!)

Watch it on Apple TV+.

If you like: marriage as a plot for securing a future, and that tricky thing called love getting in the way

Created by Julian Fellows (Downton Abby), Doctor Throne is definitely the most by-the-book period piece title on this list. It follows a story we’re all somewhat familiar with: boy falls in love with the girl next door, girl isn’t good enough for boy’s family – chaos ensues. But the four-part British series becomes almost Shakespearean, with lovers plotting their own stories while trying to keep away from their parent’s eyes. Its cast is comprised of familiar English actors Tom Hollander, Ian McShane, and newcomer Stefanie Martini, with the addition of a surprising American, in more ways than one, played beautifully by Alison Brie.

Watch it on Prime Video. 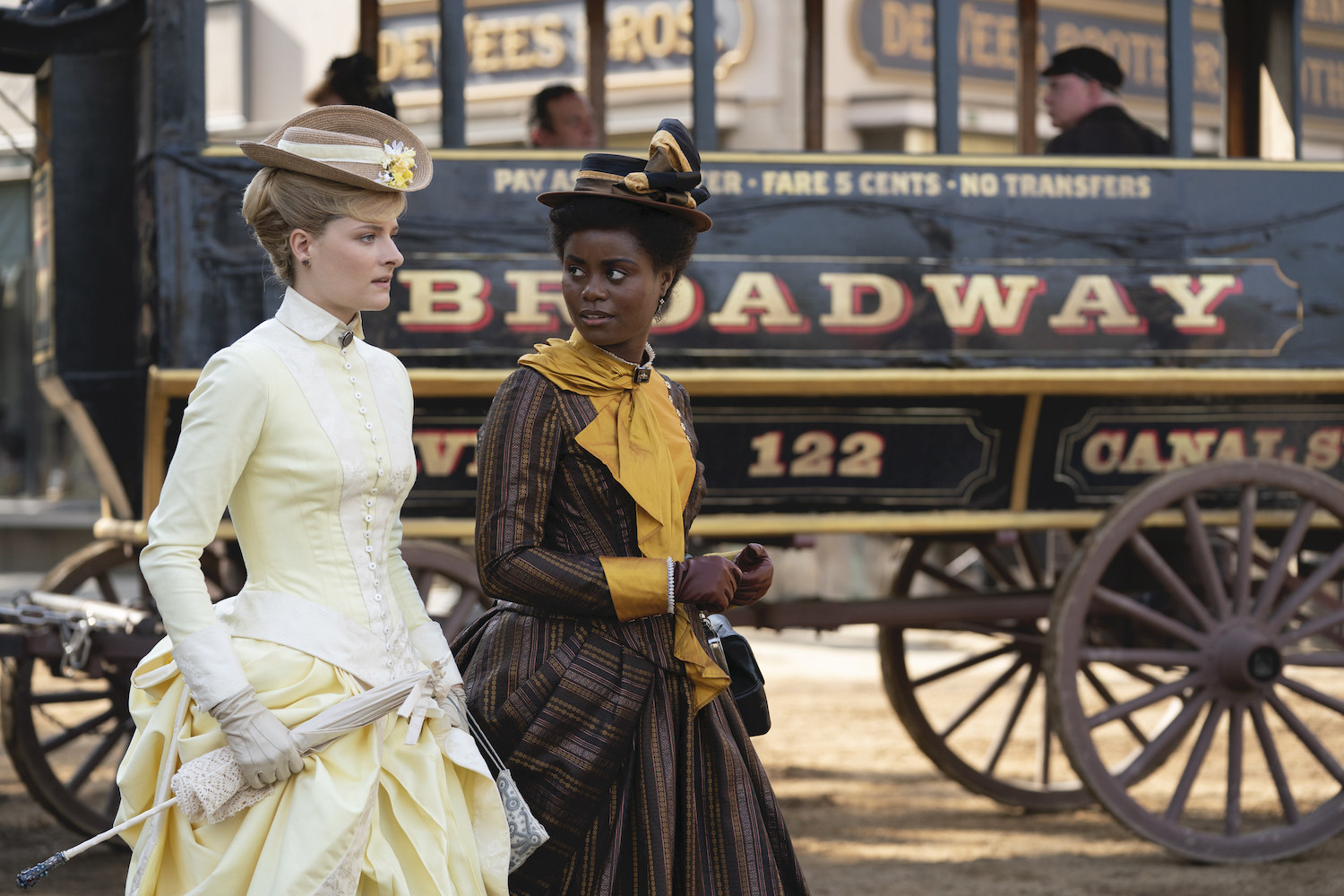 If you like: the old vs. the new, beautiful gowns at lavish balls, the thrill of two hands brushing

Any fan of period stories can name at least three towns in the UK where the rich of the 18th or 19th century “summers.” What we know less about, even as Americans, is what those same people were up to in New York City. Now we do! The Gilded Age, by Downton Abbey creator Julian Fellows, follows Marian Brook (Louisa Jacobson, real-life daughter of Meryl Streep) as a young woman (although her age, like with many characters, is a bit of a question mark to me) who moves to NYC to live with her two aunts (Christine Baranski and Cynthia Nixon). It’s 1882, 30th Street is no longer in fashion, now the rich must move uptown to 61st Street — and the fight between the new money, aka the Russell family, and the old money guard led by the Astors is heating up. However, Peggy (Denée Benton), a Black woman with writing aspirations who becomes intertwined with the Brooks family, intrigues me the most. The costumes are beautiful, the sets outlandish. I want more affairs and romances, but I’m confident they’re coming. And for those Broadway inclined viewers, I counted eight Tony Winners in the pilot alone — Baranski and Nixon, Audra McDonald, Kelli O’Hara, Celia Keenan-Bolger, Donna Murphy, Katie Finneran, and Michael Cerveris. Benton is a Tony Nominee.

Watch it on HBO Max. 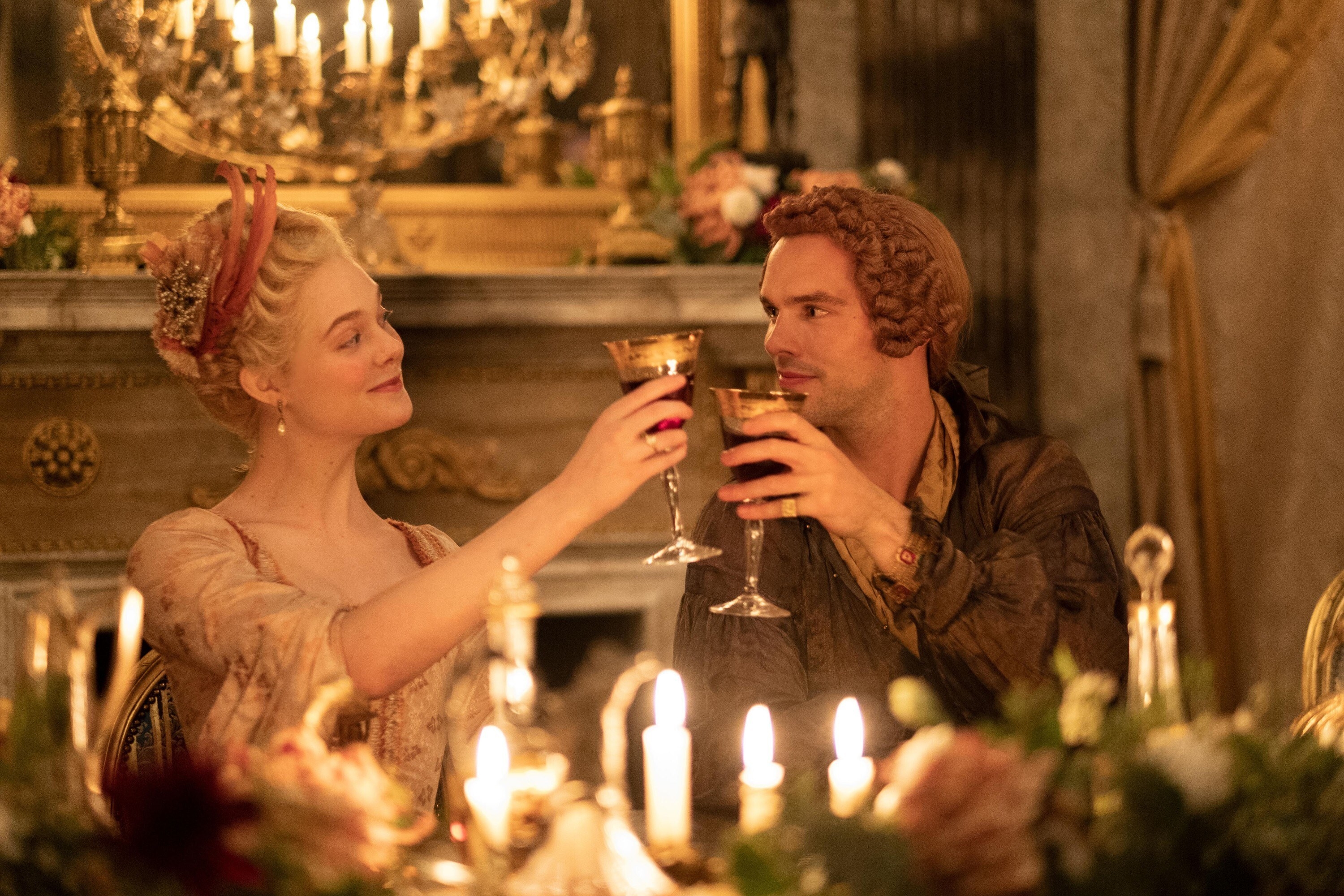 If you like: enemies to lovers and back again, feminism, and power

The Great’s anachronistic storytelling is right there in the title. It is not trying to be true. Instead, it gives you the basic structure, highlighting not only the woman who takes over the throne but also the absolute absurdity of a royal court. The Great begins, as the true story does, with Catherine (Elle Fanning) coming from Germany to be the bride of Peter III (Nicholas Hoult). It takes her mere hours in her new palace, to see Peter for what he is: a monster. Realizing that she is nothing more than a prisoner, Catherine takes a knife to slash her wrists, only stopping when her maid tells her of a new law; if an emperor dies without an heir, the throne is given to the empress. And with that, Catherine has a new plan: kill Peter, and take Russia. Huzzah! While we all may know how the road ends for these sometimes lovers-sometimes mortal enemies, getting there is all the fun! And to clear up a 300-year-old rumor, Catherine does not, nor did she ever, have relations with a horse.

Watch it on Hulu. 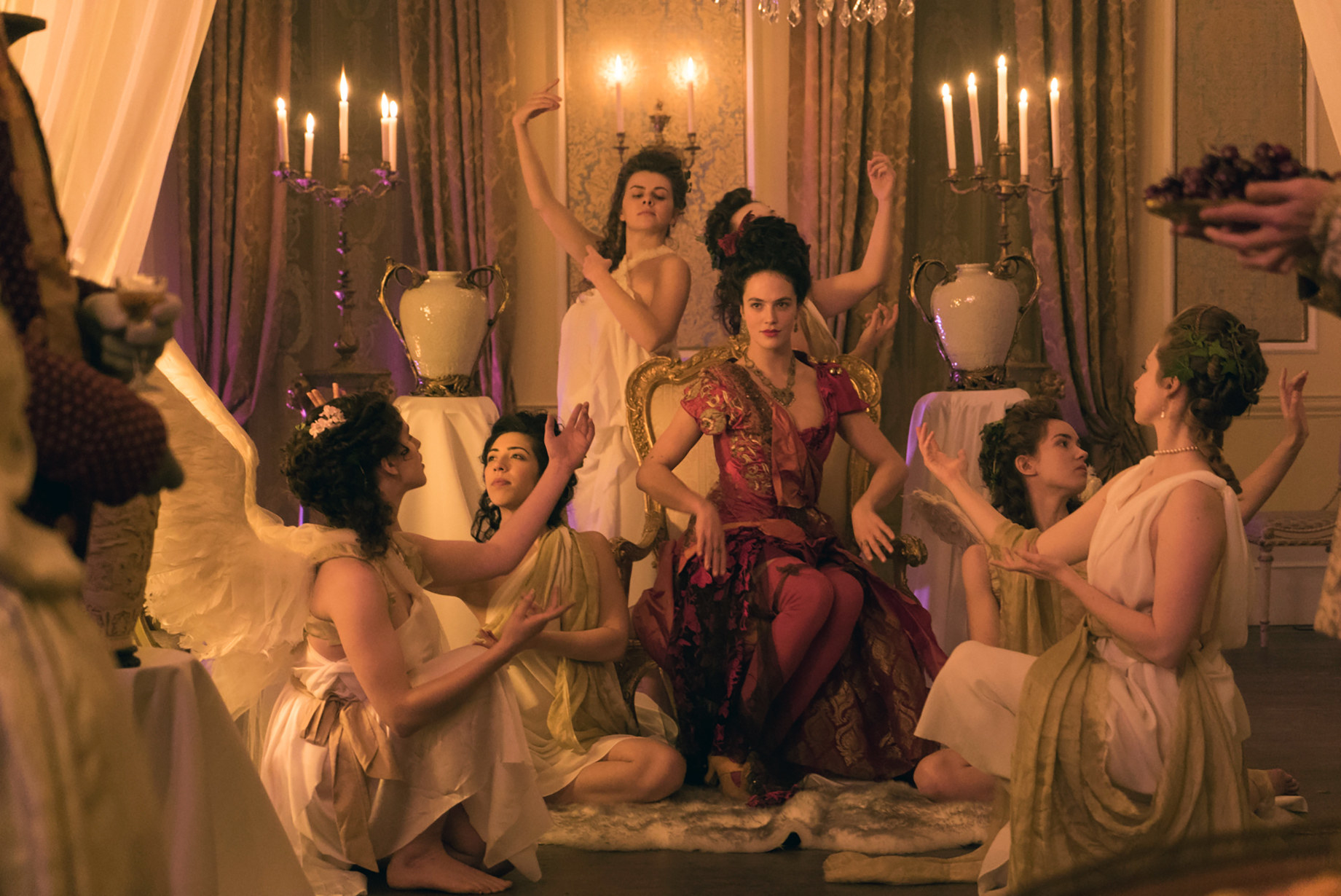 If you like: the very specific season in Season 1 of Bridgerton with Daphne and The Duke on the stairs (IYKYK)

In 18th century London, there were two ways for a woman to raise her economic status: 1.) a la Amy March in Little Women, by marriage;  2.) through sex work. Harlots, while leaning toward the latter, tackles both. When Margaret Wells, a brothel madam, is determined to improve life for herself, her “girls,” and her daughters (Eloise Smyth and Downton Abby’s Jessica Brown Findlay), she moves her brothel to Greek Street in Soho, an upscale section of London. There she is pitted against her former madam for the highest-end clients of Georgian society while fighting the religious evangelists hell-bent on shutting them down. It also dives into just how far a mother will go to give her daughters a better life, in this case, selling off their virginity. Ahh, a mother’s love!

Watch it on Hulu. 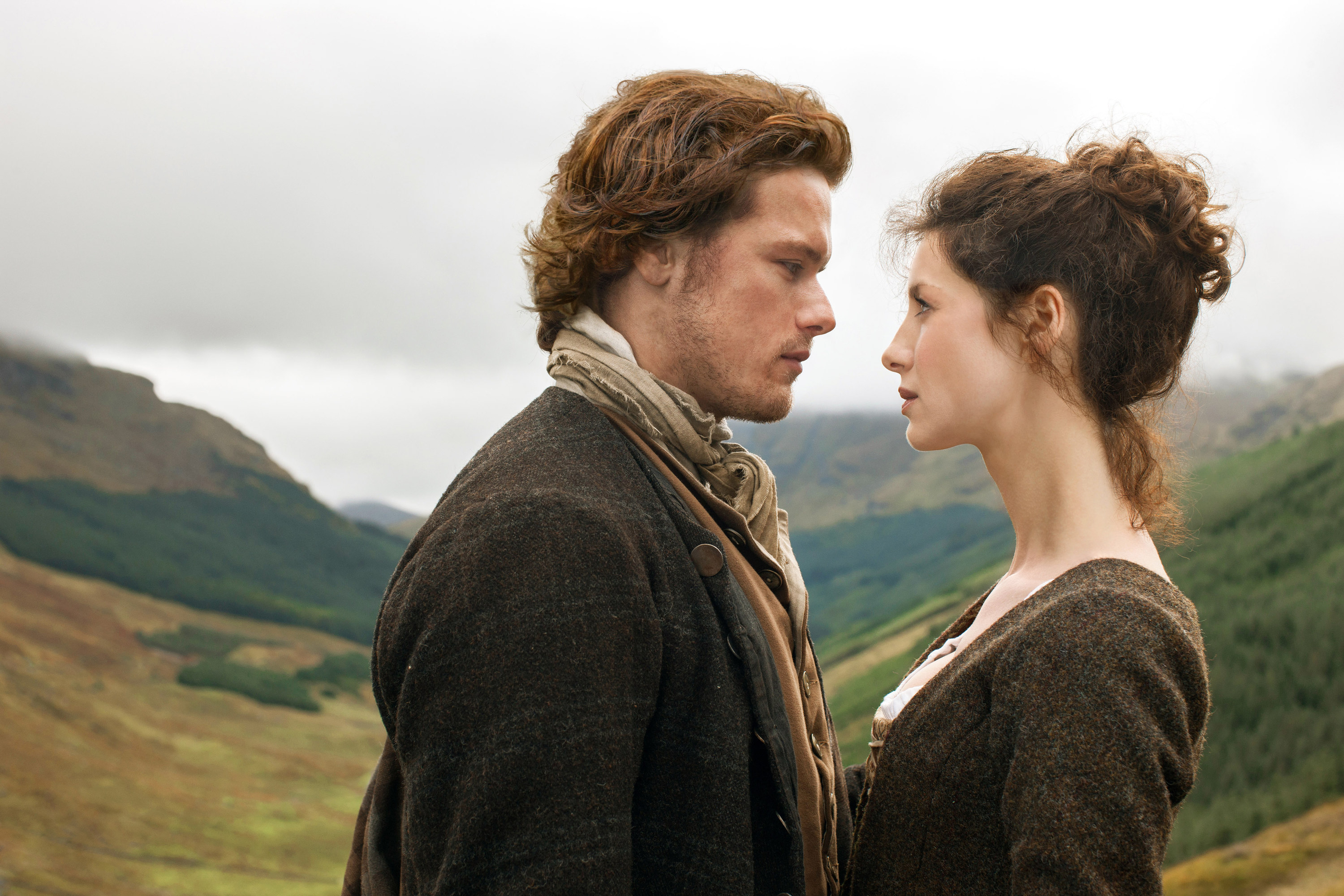 If you like: the hottest people in the world and sex

Has there ever been a hotter on-screen couple than Jamie (Sam Heughan) and Claire (Caitriona Balfe)? No! Jamie and Claire are simply the hottest. Claire is an English married nurse traveling to Inverness, Scotland, in 1945 when she visits “Craigh na Dun” and is transported through stones (just go with it) to 1743. Now stuck in the past, she quickly falls in love and marries Jamie, a Highland warrior, for protection. Together they become increasingly involved with the politics of the time, from the Jacobite rising to the American Revolution. In an interesting time travel twist, the 1740s big bad/evil British soldier Randel is an ancestor of Claire’s 1945 husband Frank, both played terrifyingly well by Tobias Menzies. 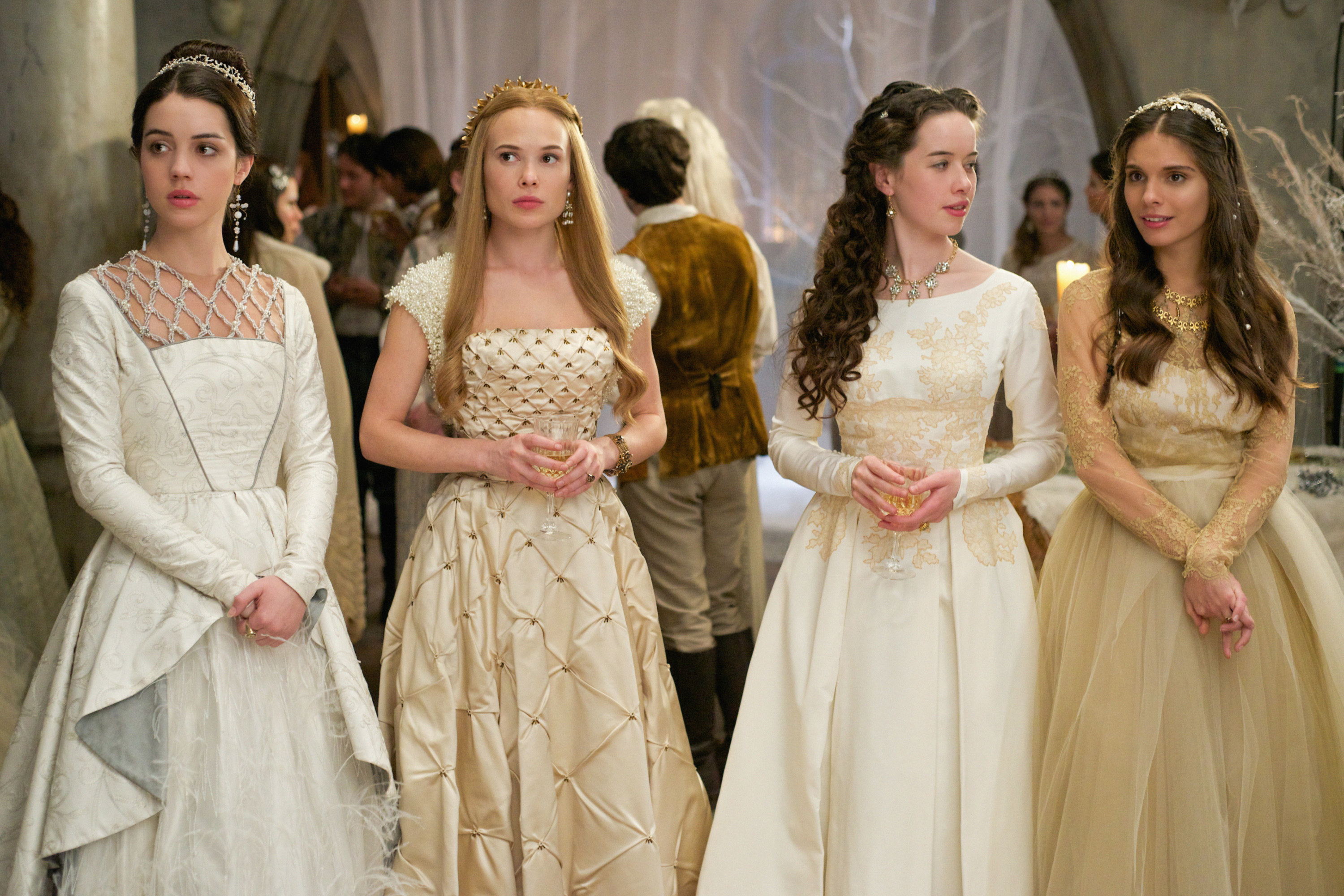 If you like: friendship, gossip, and lust vs. love

For years my best friend told me to watch Reign, and then she pitched it like this: “It’s Mary, Queen of Scots, and her ladies in waiting, but they’re all dressed like they’re going to Coachella.” With that, I was sold. Reign follows Mary (Adelaide Kane) and her friends in the 16th Century as she moves from France to Scotland to marry Prince Francis, the heir to the Scottish throne. Prince Francis is perfect and charming but has a hot rebellious half-brother. It’s all very “The Way I Loved You,” by Taylor Swift. Is it a show to learn historical facts about Mary, Queen of Scots? Absolutely not. Is it Gossip Girl with fun clothes and many hair braids? Yes! 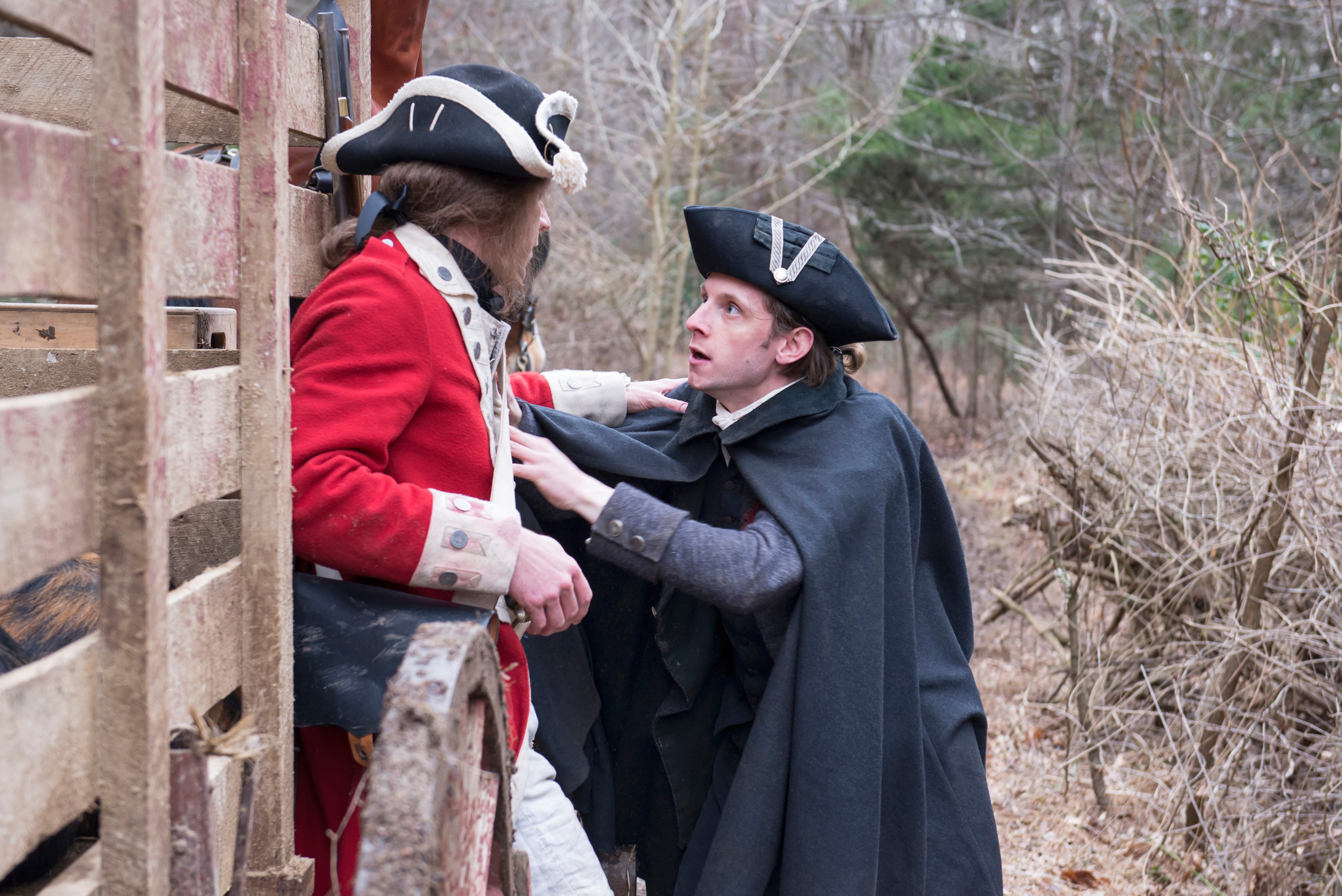 If you like: historical fiction, political intrigue, and some steamy affairs

How did a rag-tag group of friends from Long Island help Washington win the Revolutionary War? Well, they created one of the most successful spy rings in history, led by cabbage farmer Abraham Woodhull (Jamie Bell). While living on British-occupied Long Island, they play double-agents to send information to the Patriots. Woodhull struggles with his Tory father who remains loyal to the British Crown and his desire to help America win the war. But, it’s not all covert operations. What would a spy story be without romantic intrigue and affairs! The series also features the story of America’s most famous traitor Benedict Arnold; this guy is the worst!

Watch it on Prime Video.

We hope you love the shows and movies we recommend! Just so you know, BuzzFeed may collect a share of revenue or other compensation from the links on this page. Oh and FYI: Platform, prices, and other availability details are accurate as of time of posting.